From predicting the days when accidents are more likely to happen, to million-pound project savings, James Wilmore discovers how artificial intelligence is transforming the way projects are planned

During the £1.5bn upgrade of the A14 in Cambridgeshire, an archaeologist found what was believed to be the earliest evidence of beer brewing in Britain, dating back around 2,000 years.

Generating as much excitement, for different reasons, was the introduction of a very modern concept on the same scheme. The project team pioneered artificial intelligence (AI) and machine-learning technology to successfully predict times when an accident was more likely to happen – and to take action to stop it. By collecting swathes of information and using the AI, data scientists were able to spot problems before they occurred.

AI has also been popping up in infrastructure planning and even remote assessments during the pandemic.

So is it the solution for improving safety and efficiency the industry has craved? And if so, why is it not already more widely used?

Highways England’s A14 scheme involved improvements to a 21-mile section of road between Cambridge and Huntingdon. To ensure that both hazards and good practice could be recorded, data was collected from staff via a specially built app for iPhone and Android. At its peak, 4,500 observations were recorded in a month. As a result, a daily profile was generated that identified the days that were thought to raise the risk of an incident occurring. The use of an app meant that reporting was more efficient than the old paper-based system, and was instantly logged.

“Previously, you would have a paper card, which would get left on someone’s desk for a week or so, then input by hand,” says Mark Tootell, Highways England’s head of the A14 project management office.

The new system meant the AI was able to model the days that presented the greatest risk based on factors that were found to include work that was carried out after 6pm; for more than nine hours; in high winds; following heavy rainfall; and immediately after a bank holiday or national sporting event. One of the most significant factors was staff fatigue.

A joint venture of contractors Balfour Beatty, Costain, Skanska and Atkins delivered the A14 project. Balfour deputy project director Julian Lamb says the AI allowed supervisors to focus on areas of concern. “It doesn’t mean you run around saying ‘today is going to be a really risky day’, but what you can do is try to target the things where it [the AI] is suggesting there might be issues,” he explains. “So you are concentrating on and inspecting certain operations.”

Tootell says the model was helped by the amount of raw data received from workers on the ground: “It was that volume of information that enabled the AI to really be as accurate as it was. They [staff] are your eyes and ears on the site, so [they’re] your best leading indicator.” 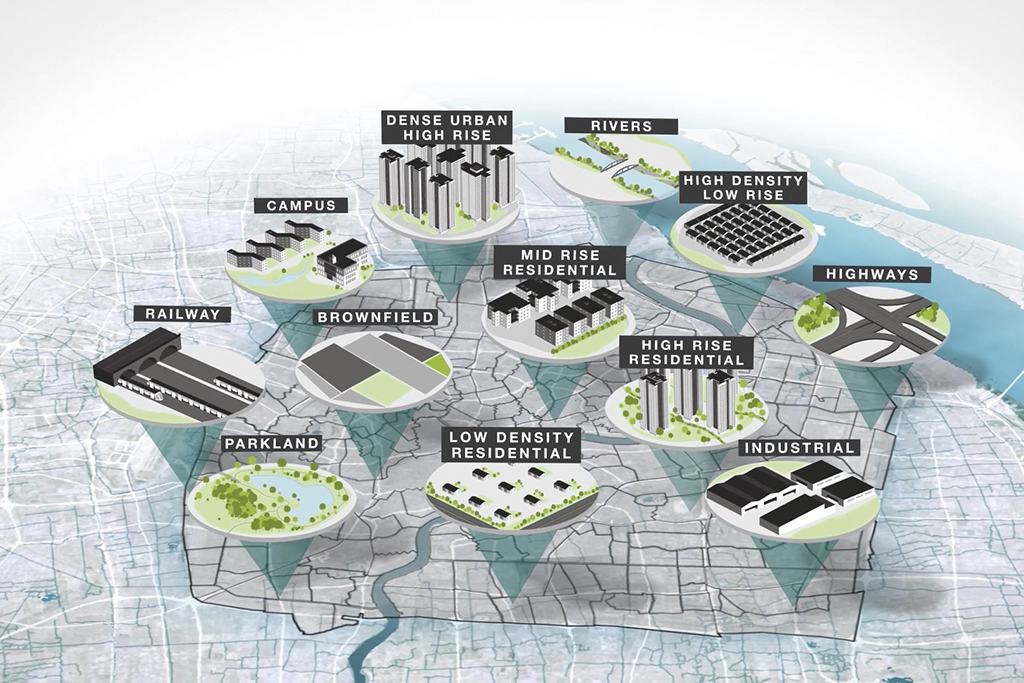 To encourage site workers to input data, they were offered a variety of incentives, ranging from a canteen meal to a fully paid day off. The key was getting as many people involved as possible, Tootell says.

The results led to an accident-frequency rate of 0.028 after 14.3 million hours worked – less than half the 0.07 average rate for Highways England contractors in 2019/20. Around 2,500 workers were on site at the project’s peak. Tootell says he is proud of the health and safety record on the project, which saw only “four RIDDOR reportable injuries during the whole project – three fractures and a twisted knee”.

He encourages others to also look to use this type of system. “You need somebody who can operate the model,” Tootell says. “I’m not saying every project should have a data scientist in the team, but absolutely they should have access to that type of resource going forward. The power that a good data-analytics team can bring to a project is enormous.”

Consultants are also increasingly incorporating AI into their projects. In Shanghai, Arup developed a machine-learning tool on a project to tackle the city’s growing flood and river-pollution issues. With the double whammy of Shanghai’s population tripling since 1990, as well as climate change, the problem has threatened to get out of control. “It gets flooded out regularly – businesses shut down and homes get flooded. And this is really costly,” says Will Cavendish, Arup’s global digital services leader, who previously worked at DeepMind, a UK-based AI firm owned by Google.

Arup was engaged to review the city’s drainage masterplan. It used satellite images and a machine-learning algorithm to identify parts of the landscape. “We used a neural network to capture the data to identify all of the micro features, from which bit is the end of a road, to which is a small pond; [it] means you can use the machine to create a digital map,” Cavendish explains. 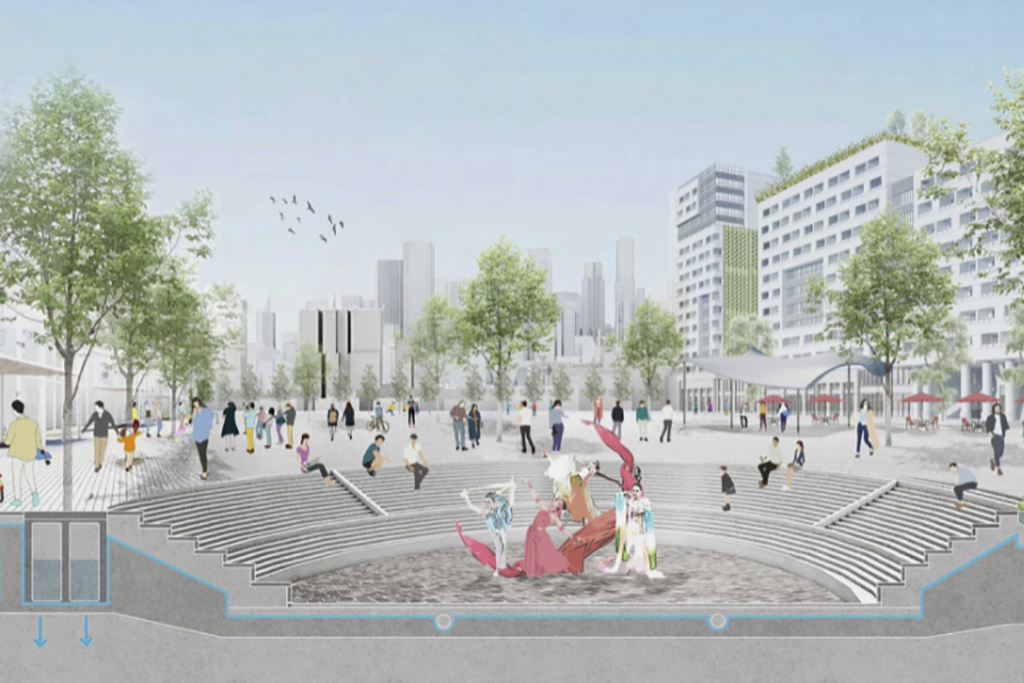 The company then used this map to develop an approach that went beyond drainage. By dividing up the city, it identified ‘green’ infrastructure such as permeable paving to retain or delay the flow of water from storms, as well as making use of tunnels and storage, maximising the potential of the existing network before proposing anything new. This was only possible because of the understanding achieved through the map, he says.

Elsewhere, US-owned engineering giant Bechtel is using drones combined with machine learning to improve safety. On a rail project in Edmonton, Canada, the firm used visuals from drone footage in conjunction with machine-learning algorithms to check whether traffic-control measures had been installed correctly and remained compliant, to keep workers and the public safe.

Back in the UK, Mace has found AI particularly beneficial during the pandemic. Working with a start-up called Disperse, it has captured digital records on a number of its projects. Across entire sites, 360-degree images are captured by operatives walking around. The images are then uploaded to the cloud, processed using AI, and then progress is reported back to Mace’s project teams on a weekly basis.

“From a safety perspective, that was a real godsend during COVID-19,” says Matt Gough, the contractor’s director of innovation. “With the lockdown measures, our project teams were able to essentially keep work going without needing to be on site. We were able to conduct valuations, we were completing quality checks and sign-offs, and we were doing planning and replanning with our trades.

“It allows us and our trades to more accurately predict schedules, and to forecast and mitigate potential risks and delays.” 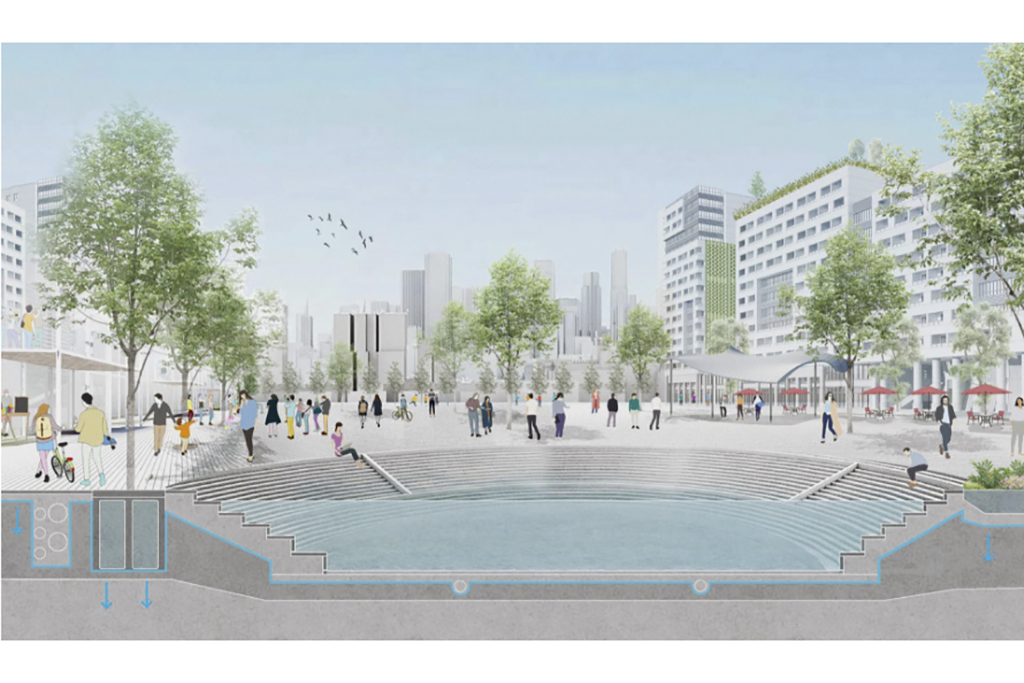 Gough says Mace is also starting on work that will better enable it to deliver on monitoring the ‘golden thread’ of design, as called for by Dame Judith Hackitt in her 2017 report in the wake of the Grenfell Tower fire. Companies are meant to gather end-to-end information on residential projects and keep them in a digital record to demonstrate what has changed in the construction process. “The digital record of progress on site is a very difficult thing to grasp,” according to Gough. “But we’re starting to work with companies to address how we capture enough quality records.”

Despite these examples, the use of AI remains rare in the sector. Gough says that although a digital transformation is under way, there is still a long way to go: “We’re trying to digitise all aspects of project delivery, then you can start to apply artificial intelligence and machine learning over the top of the data that you’re able to create.

“The challenge that we’ve got as an industry and within our own business as well is that we talk about being data-rich and knowledge-poor, but the reality is we’re not even that data-rich. The sort of volume of data that you need to appropriately apply artificial intelligence and machine learning doesn’t really exist in the construction industry, so that’s why we’re working with some start-ups specifically in this space.”

“Progress is partly reliant on government regulators, clients, infrastructure agencies needing to put digital and AI at the heart of all of their schemes”

Sir Robert McAlpine is also embracing the opportunities that data can bring. CN revealed in 2019 that the firm had launched the Construction Data Trust – a means by which it hoped to collect and analyse project data from across the construction industry, with the aim of identifying areas for improvement. It is also using apprenticeship-levy funds to train existing staff in data analysis to boost its capacity.

Gareth Parkes, McAlpine’s head of data and analytics, is concerned by the lack of progress in the industry generally. “My experience of the sector is that construction is way behind the curve on digital adoption and use of its data,” he says. “We are starting to see pockets and tools that make use of AI but more needs to be done around the volume and quality of data.”

He says one of the big challenges is getting people on board with the idea of data capture: “In many cases, it’s about changing people’s behaviours, as they have concerns over how this data is going to be used and who will have access to the data.”

Highways England’s £1.5bn upgrade of the A14 in Cambridgeshire saw AI employed to spot safety risks

Parkes claims that the legacy of the 2012 London Olympics has been “lost” because the data has not subsequently been made available to others in the industry. He warns that this could also happen to Crossrail, the data for which, he says, is “spread out and disparate” but could be “invaluable” for other projects, such as HS2.

Arup’s Cavendish says the case for AI in construction is being proven and it is now part of the pathway to reducing carbon emissions to net-zero, but is, at the moment, a “cottage industry”.

“We’ve got to cut carbon and we’ve got to cut costs because construction projects still remain hugely expensive,” he adds. “The individual case studies are really exciting and promising, but it’s not systematic and it’s not being done at scale. But we see AI as a really important tool for how we deliver sustainable outcomes.”

And when it comes to prompting progress, Cavendish says it will require a big effort beyond that of contractors alone: “Progress is partly reliant on government regulators, clients, infrastructure agencies needing to put digital and AI at the heart of all of their schemes,” he says.

“Instead of it being a kind of ‘nice to have’, or an experimental thing, it needs to sit at the heart of plans.”