Sometimes a patient goes to the hospital for one problem and comes out with another: an infection acquired in the hospital.

The scientists combined machine learning with whole genome sequencing, allowing them to spot infectious disease outbreaks in hospitals far more quickly than the traditional ways. They have tested it with bacterial pathogens so far, but they hope the system may eventually be able to help stop the spread of respiratory diseases like influenza and COVID-19.

“The premise for this study was that the methods we’ve been using for outbreak detection are really antiquated and actually highly inefficient, and don’t identify a lot of outbreaks,” said the study’s senior author, Dr. Lee Harrison, professor of infectious diseases at Pitt’s School of Medicine and epidemiology at Pitt’s Graduate School of Public Health. “The idea behind this study was that we would develop new methods for outbreak detection.”

The system “can quickly detect and characterize an emerging outbreak, helping hospitals take swift and precise actions to stop a bug from spreading,” said Artur Dubrawski, a computer science professor at CMU and a member of the research team.

Usually, Dr. Harrison said, hospitals had to wait until someone noticed an infection outbreak and then go through a painstaking review of patient records.

The new artificial intelligence system doesn’t wait for someone to recognize an outbreak. It uses genomic sequencing surveillance to detect whether patients in a hospital have near-identical strains of an infection. Using the antibiotic-resistant infection MRSA as an example, Dr. Harrison said, “We sequence all MRSA infections for people who have been in the hospital for at least three days.”

Computers can then search patients’ electronic health records to figure out what they have in common, such as a procedure using the same equipment or a shared health care provider.

According to the Centers for Disease Control and Prevention, on any given day, about one in 31 hospital patients has at least one health care-associated infection.

The first step of the new system is determining whether the infections are related. If a hospital has 15 patients with the same type of infection “and they’re all extremely highly related by sequencing, you know you have an outbreak,” Dr. Harrison said.

“Step two is machine learning with the electronic health record,” he said. That’s where the collaboration with CMU comes in. “We use data mining and machine learning to give us a list of transmission routes,” he said, such as tracing several infections to the same X-ray room.

Lead author Alexander Sundermann, a clinical research coordinator and doctoral student at Pitt Public Health, said that in the past, detection usually depended on a nurse calling the infection prevention department to report that several patients on the same unit had similar infections around the same time.

“What we found through our study is that a lot of these infections and transmissions are spread out over months and also in different units,” he said.

Under the traditional system, he said, if “the only shared link was a visit to a procedure room, the chances of that outbreak being detected before other patients are infected falls dramatically.” He said the new system, called Enhanced Detection System for Healthcare-Associated Transmission, changes that.

From November 2016 to November 2018, UPMC Presbyterian Hospital tested the new system, which it calls EDS-HAT, with a six month-lag time.

It detected 99 clusters of similar infections and identified at least one potential transmission route in 65.7% of those clusters. If the system had been running in real time, the team estimates as many as 63 transmissions of an infectious disease could have been prevented.

“This is tremendous for us in infection prevention,” said Linda Dickey, president-elect of the Association for Professionals in Infection Control and Epidemiology, who was not involved with the study. “We have for many, many years flown blind.”

She said the research would provide “a significant leg up on seeing patterns and making associations.”

Because the researchers were looking backward, they expected that the system would flag only outbreaks that had already occurred. But to their surprise, they discovered an ongoing outbreak in real time, in the interventional radiology department, and were able to intervene. It involved 10 patients housed on eight different units.

“We don’t know when the outbreak started, and we don’t know how long it would have gone on if we hadn’t intervened,” Dr. Harrison said. “But the key point is, it was undetected by traditional methods, and probably never would have been detected. And that shows the value of this novel approach.”

In addition to the benefits to patients, they calculated that stopping the previous outbreaks would have saved the hospital as much as $692,500.

Mr. Sundermann said, “A lot of facilities were hesitant to take on sequencing surveillance like we did, but we hope that our economic analysis shows that you can actually save costs by using this method.”

Dr. Harrison explained: “Sequencing is relatively cheap, and the infections that we can prevent are very expensive.” According to the study, “The cost of sequencing one bacterial isolate is low ($70) relative to the high costs of treating a single, potentially-preventable infection (e.g., over $24,000 for Pseudomonas pneumonia).”

With a grant from the National Institutes of Health, the scientists’ next goal is to expand the system to incorporate sequencing of respiratory viruses, including COVID-19, influenza and RSV.

It’s “a novel approach for detecting outbreaks in hospitals,” Dr. Harrison said. “What we’ve shown is that it detects serious outbreaks that are otherwise not detected by other methods. The bottom line is this will, we believe, improve patient safety.” 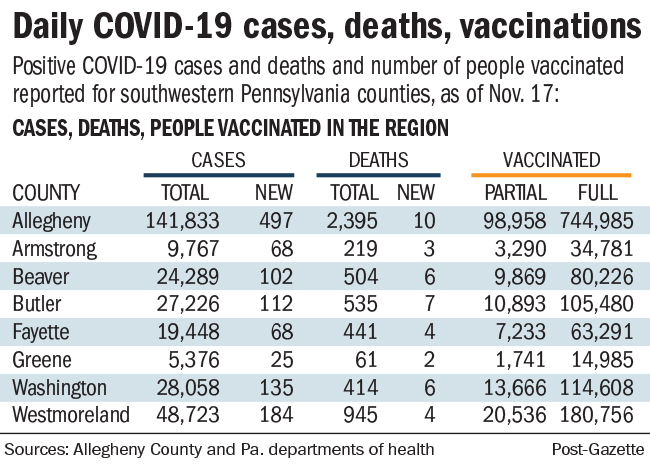